With CBD usage booming across America, there has been concern about possible health and safety risks. One recent study, in particular, garnered alarming headlines about the dangers of CBD to the liver. In the study, scientists gave mice high to extremely high doses of CBD and studied the effects on their health. While the study did show that extreme doses of CBD can be damaging to the liver, the news coverage tended towards alarmism, failing to put the study into perspective.

Like any supplement or medication, CBD does have risks, including dose-dependent risks to liver health. However, while users at the high end of the dosing spectrum should have their liver enzymes monitored, for the vast majority of users, the product is very safe. Here’s what you need to know about CBD and liver function.

A study published in 2019 measured CBD hepatotoxicity (i.e. liver damage) in 8-week-old mice, as a way to model the possible effects on human livers. Scientists used two ranges of doses: one group was subject to enough CBD to cause damage in a single dose — called acute toxicity — while the other group was exposed to ongoing lower, or “sub-acute” doses. The acute toxicity group was given doses from 246 to 2460 milligrams per kilogram of weight, while the subacute group received daily doses from 61.5 to 615 mg/kg daily for 10 days.

So how much should you worry? Unless you have existing liver damage or are taking extremely high doses of CBD, probably not much. 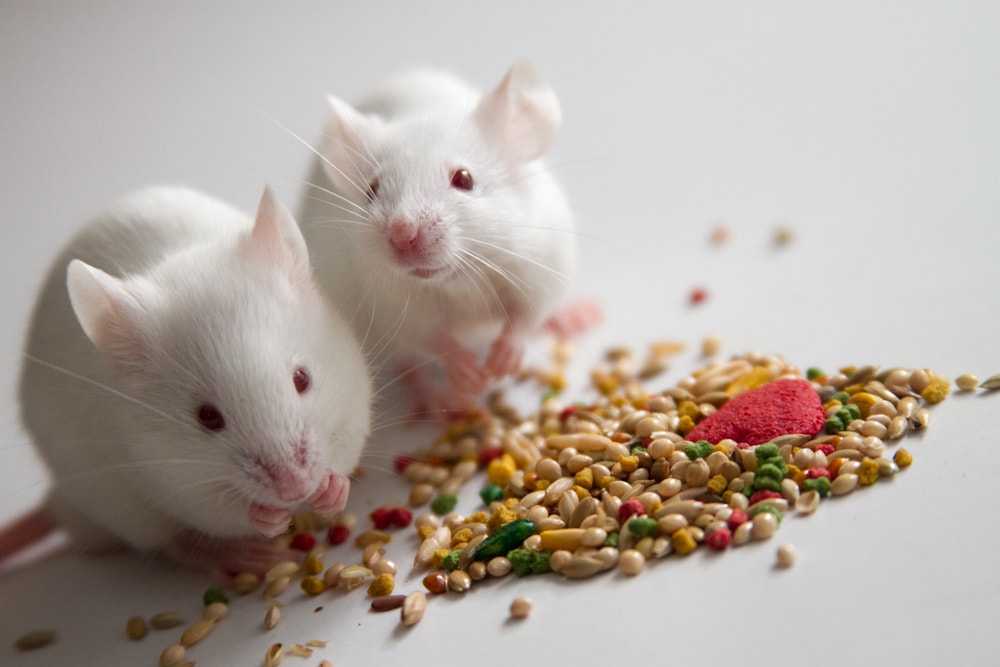 CBD, Dosage and the Mouse Study

It’s a basic principle of toxicology that the dose makes the poison. There’s no substance on earth that you can have in literally unlimited amounts — even too much water can kill you — indeed, it has happened to soldiers and athletes who drink too much while trying to avoid dehydration.

To understand how the CBD mouse study translates to humans, we need to do a little math. The average weight for an American is about 76 kg for women, or 89 kilograms for men (dosage is given in metric units, so we’re using kilograms instead of pounds.) To get the smallest dose used in the mouse study (which was not found to be toxic), we multiply 61.5 mg/kg by the average weight of an adult. For women, to get an equivalent dosage, they’d have to consume 4,674‬ mg of CBD per day. For an average man, the number is even higher — 5,473.5‬ mg.

If you consumed ten 15 ml bottles of Papa & Barkley CBD Hemp Drops in a single day (WHICH YOU DEFINITELY SHOULD NOT DO!) you still wouldn’t quite have enough to match the dose. And that’s the lowest quantity, which again was not shown to be toxic in the short term.

Additionally, depending on your method of consuming CBD, it may not need to be processed by the liver at all. 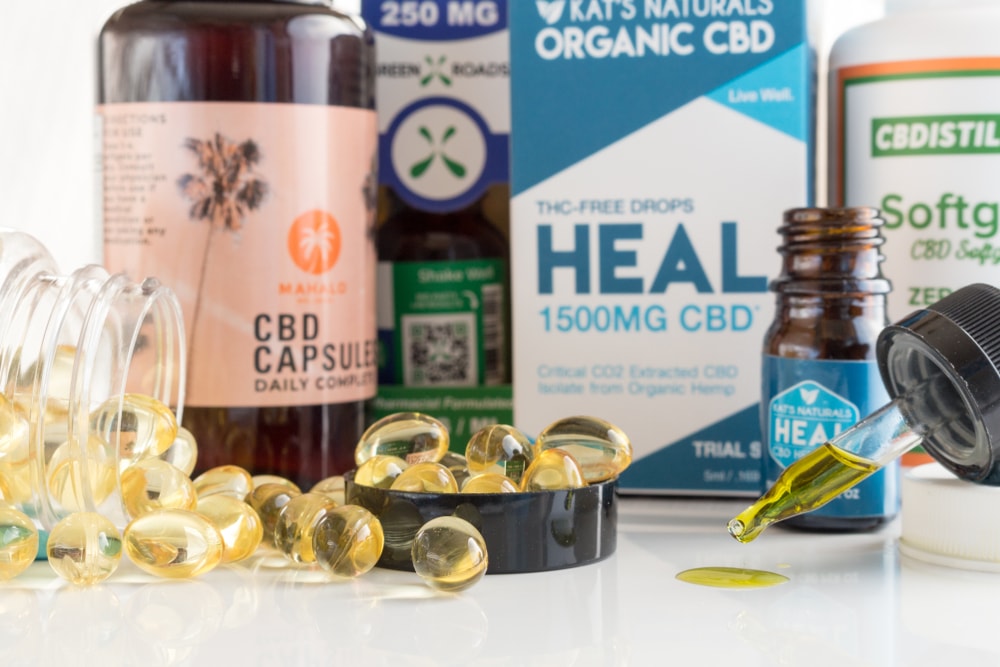 CBD Dosage Method and the Liver

One aspect of CBD liver effects that the study does not address is the way CBD is processed by the body. According to Dr. Patrick Byrne, a physician who prescribes cannabis to some of his patients, the liver is only involved when CBD is consumed through the stomach — by eating it or swallowing tinctures.

However, other methods of CBD consumption don’t involve the liver, because the CBD goes straight into the bloodstream. When you consume a tincture sublingually (by holding it under your tongue for a minute), the CBD bypasses the liver entirely by absorbing into the blood vessels under your tongue. A tiny bit may be swallowed, but the vast majority will not enter your stomach. Similarly, if you smoke or vaporize cannabis, the CBD will be absorbed through your lungs, leaving your liver out of the process.

Additionally, these methods will improve cannabis bioavailability; more of the CBD will be absorbed into your bloodstream, and the absorption will happen more rapidly. The reason for this is that stomach acid tends to destroy much of the CBD. The exact amount absorbed varies from person to person, but according to Dr. Byrne only about two percent of the CBD consumed orally typically makes it into your bloodstream.

With smoking or vaping, the rate is much higher — roughly 35-40% reaches your veins directly. Tinctures are also more effective than oral consumption, resulting in about 20% absorption rate.

However, the highest absorption rate is when the drug is administered rectally, through a CBD suppository. It’s perhaps not the most enjoyable way to use CBD, but for illnesses like Crohn’s, IBS, ulcers and other digestive diseases, the CBD will give you the most effective anti-inflammatory effects using this dosing method. Rectal absorption rates for THC are around 70-80 percent, and it’s believed that CBD has a similar rate of absorption. Similar to vaping, smoking and sublingual absorption, rectally administered CBD bypasses the liver entirely.

So does that mean you should avoid CBD edibles for the sake of your liver? Not at all! While it’s important to understand all the risks of a medication, for most CBD patients the risk of liver damage is very low — often significantly lower than traditional medicine such as painkillers used to treat the same conditions. 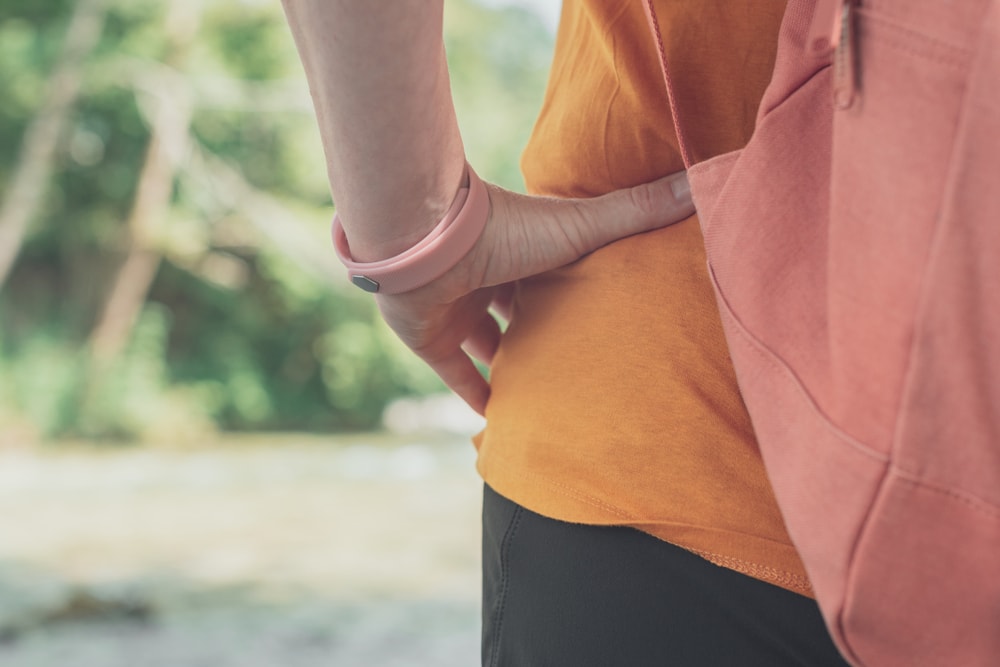 That isn’t to say CBD at normal doses doesn’t present some risk to the liver. For people with very serious epilepsy or pain conditions requiring high doses of CBD, there is a risk. In clinical studies of Epidiolex, a prescription CBD extract used to treat epilepsy, nearly 16% of users had elevated liver enzymes, which can indicate stress to the liver and can be a warning sign of toxicity.

However, those incidents were dose-dependent. At its high end, Epidiolex dosage may be as high 20mg/kg twice a day, which translates into an average daily dose of 3,040 mg for women, or 3,560 mg for men. That’s many times the typical dose most CBD users take. For example, for a man weighing 175 pounds (about 89 kg), Papa & Barkley recommend a maximum dose of 350 mg for treating chronic pain or epilepsy.

Additionally, CBD is often used as an alternative to other drugs with greater risks, such as opioids, which have severe risks including addiction, overdose, and liver damage. Even over the counter painkillers like acetaminophen increase risks of heart attacks, kidney and liver failure, stomach bleeding and death. While CBD is not without its own risks, the risk is often lower than conventional medication.

The Bottom Line: Monitor Your Health, But Don’t Panic

Every medication has risks. In the case of CBD, high doses, existing liver damage, and drug interactions can compound those risks. You should consult your doctor before trying CBD, and monitor liver enzymes if you’re at risk. However, for most patients, CBD is a safe supplement with very low risks of liver damage or other harmful health effects.

These full-spectrum CBD capsules are made with high-quality, non-GMO cannabis, fortified with Omega 3, Omega 6 and GLA. The capsules are tested by a 3rd party lab, for a high-quality product with dependable dosing.

CaniBrands – Can I Sleep Sublingual Oil

CaniBrands Can I Sleep oil is the perfect supplement for gentle sleep support, without dependence. The hemp-derived CBD is complemented with melatonin, to help you maintain a regular sleep cycle, and wake up refreshed. Medium Chain Triglyceride Oil (MCT) helps the tincture absorb quickly under your tongue, for a quick and effective bedtime aid.

This drink powder pack contains 21 single-serving sachets in three different formulations, for support throughout the day. Special terpene profiles energize you in the morning, support workout and stress recovery later in the day, and finally help you achieve rest, relaxation and a full night’s sleep in the evening. This powder is great for high-performance lifestyles, enabling you to charge up with a flavorful drink on the go.

This high-quality CBD vaporizer combines the rich scent of sun-ripened blackberries with the healing power of cannabinoids. The pen provides 250 mg of CBD, combined with other cannabinoids, such as CBD, CBC, CBG, and CBN, for a powerful entourage effect. The vape is made with best-in-class hardware, and is easy to use — just inhale for a quick dose of CBD whenever you need it.

How to Get a Medical Card in Pennsylvania

How to Manage Your Allergies Holistically 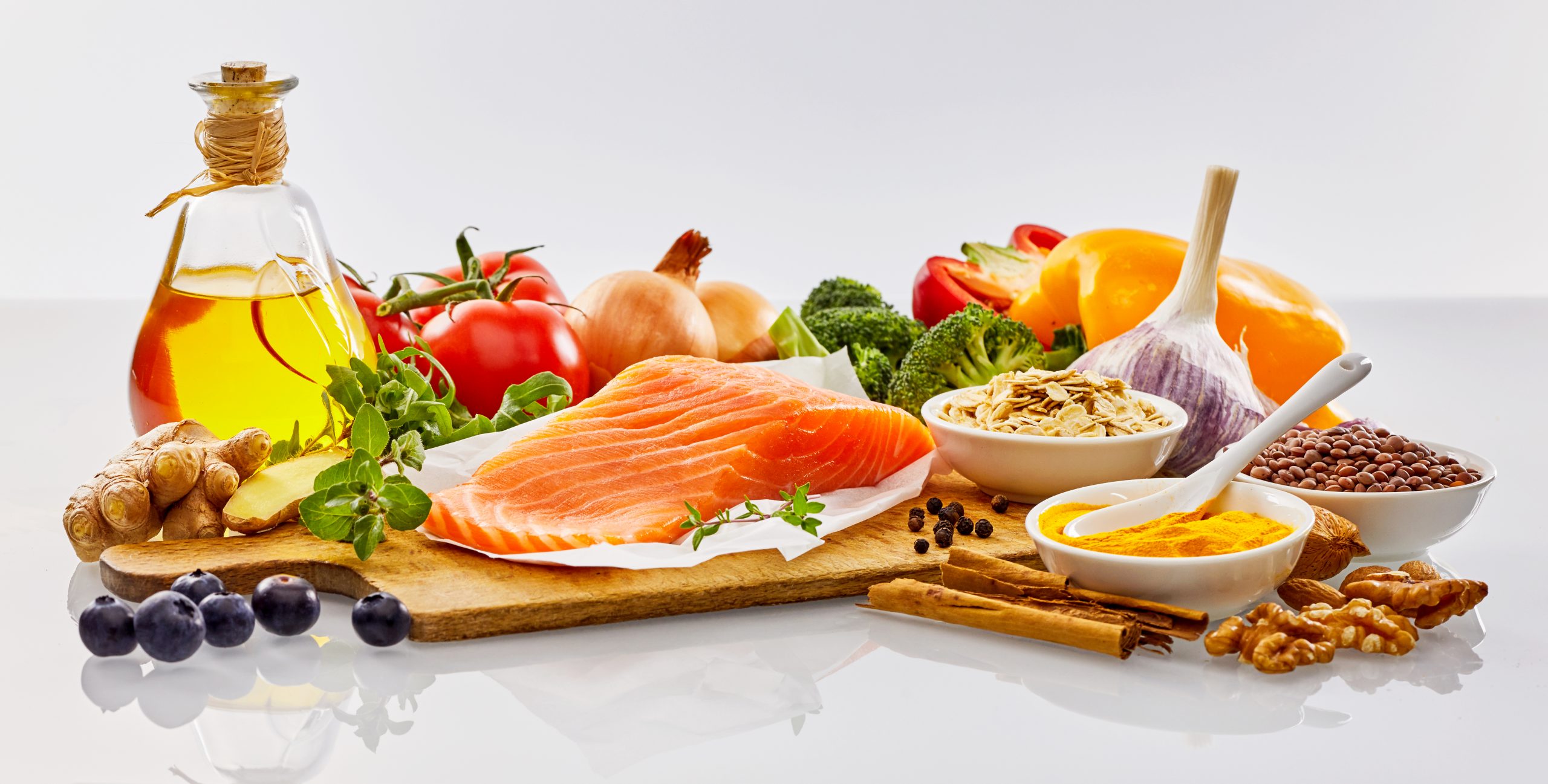 Read More
HHealth and Wellness
While fad diets come and go, the Mediterranean diet has had remarkable staying power. The diet dates to… 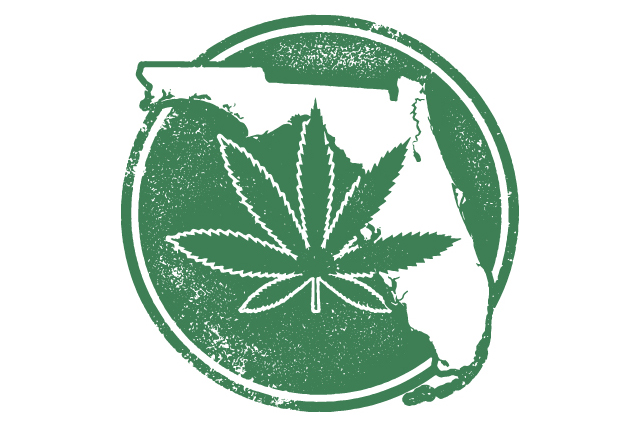 Read More
AAddiction
Since 2016, permanent residents and adult seasonal residents with a valid medical marijuana card have been able to…
MMarijuana Regulation & News
Cannabis Relief Without the Feeling of Being High or Stoned CBD – Of the 80+ cannabinoids found in cannabis… 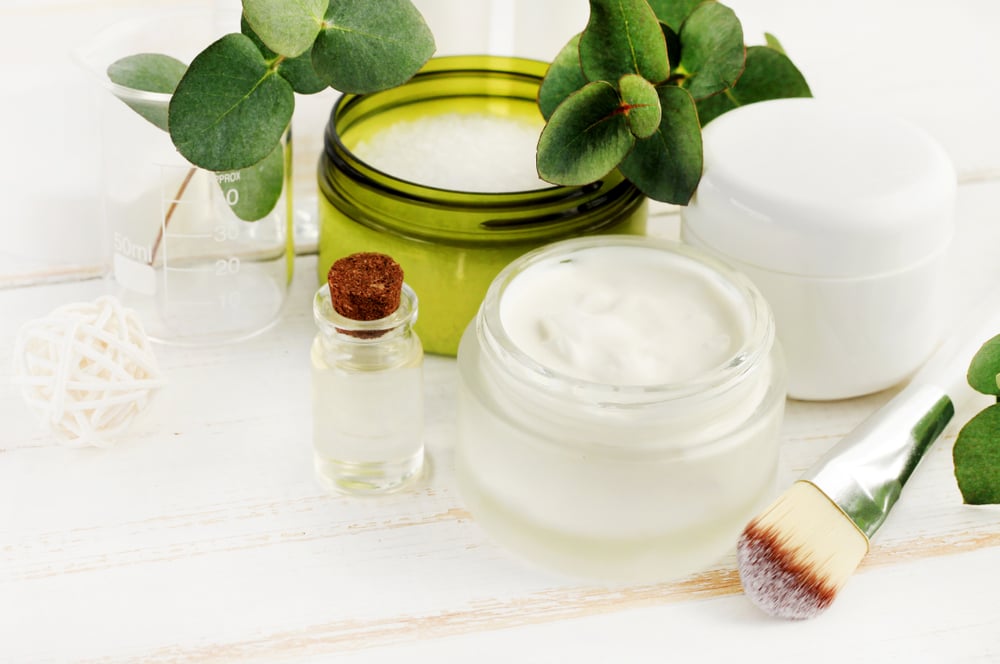 Read More
CCBD
When most people think about CBD, they often are most familiar with oil that can be ingested, and… 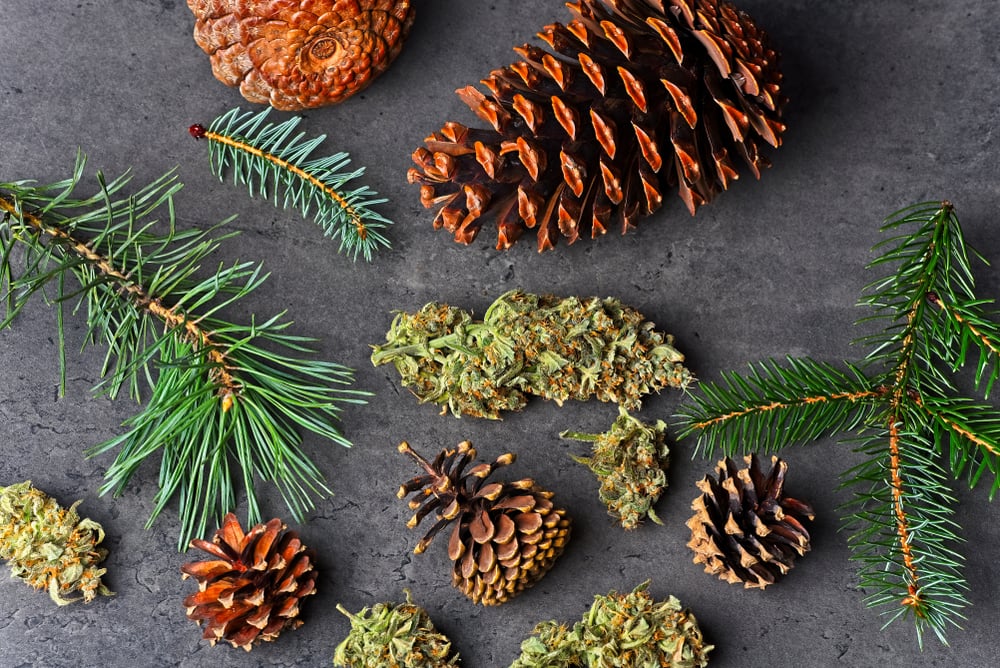 Read More
SScience
You may have heard that cannabis contains terpenes. While terpenes are responsible for giving cannabis its distinct scent,… 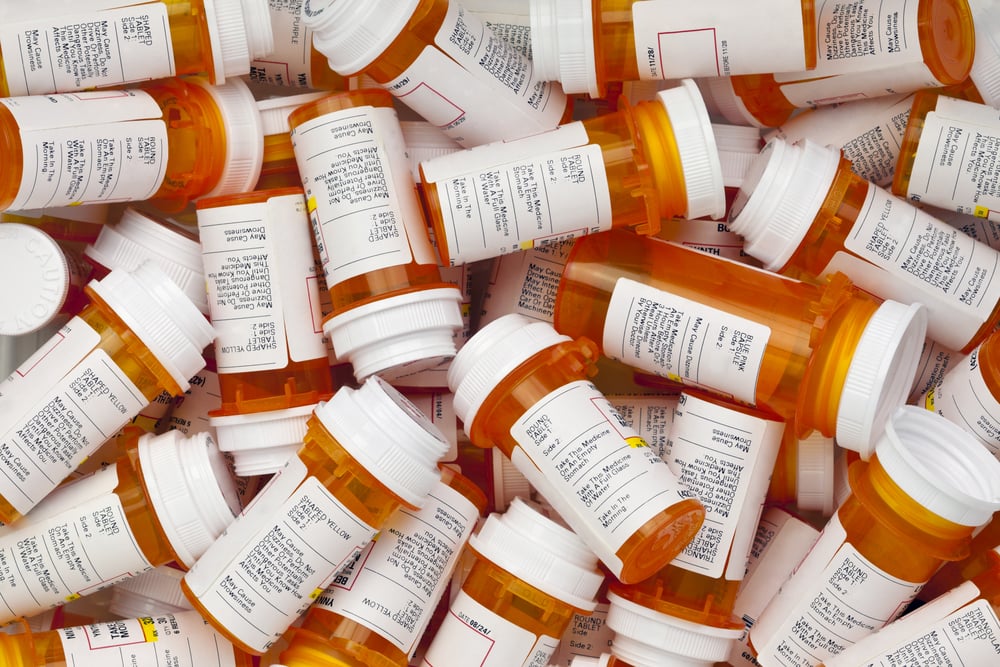 Read More
AAddiction
Prescription drug overdose is an epidemic that kills an average of 130 people per day. According to a…