Vaping Concerns: 4 Things to Know About Vaping and the Recent Vaping-Related Illnesses

If you’ve been watching the news lately, you’ve probably seen recent reports on a string of vaping-related illnesses across the US. Those reports have unearthed more than 1,300 illnesses and 29 deaths. For weeks, state and federal government agencies have struggled to find a single source of the outbreak, leading to a lot of speculation, misinformation, and concerns about the illnesses and vaping safety in general.

This left many with questions. Were these illnesses an isolated incident? Maybe faulty equipment or contaminated vaping liquids that were causing the issues? Or was this part of a broader vaping-related trend that was just now becoming apparent across the country? These are important questions, as many use nicotine vaping as a tool for tobacco cessation. Vaping is also preferred by many as a “low-impact” way to ingest cannabis . But if vaping isn’t as low-impact as most have believed that is something that health-conscious consumers need to know.

Here are some key facts that you should know to help you better understand what we know about how vaping concerns your health:

1) Vaping is Causing Illness In the US

While there is much debate over what exactly might be causing the health issues — whether it is a specific type of juice, a flavoring chemical, a brand, or vaping in general — there is no debate that the common link between these illnesses is vaping. It is not completely clear whether the problem includes nicotine, THC, or vaping, or potentially all three. However, it seems researchers are making some headway in this area.

While the jury is still out on what might be causing the vaping illnesses across the country, there is strong reason to believe that unregulated black market vape devices may be to blame. In New York, where there have been more than 30 reported illnesses connected to vaping and health officials have said they are focusing on vitamin E acetate, after it was found in nearly all of their patient’s samples.

NBC News also recently commissioned a lab test on 10 different counterfeit black market vapes and 4 officially licensed, legal vape products. The tests showed that all 10 counterfeit vapes were contaminated with hydrogen cyanide and other pesticides. The 4 legal products contained no traces of pesticides.

While the cause of the illnesses isn’t definitive, these do appear to be promising, yet concerning, leads. 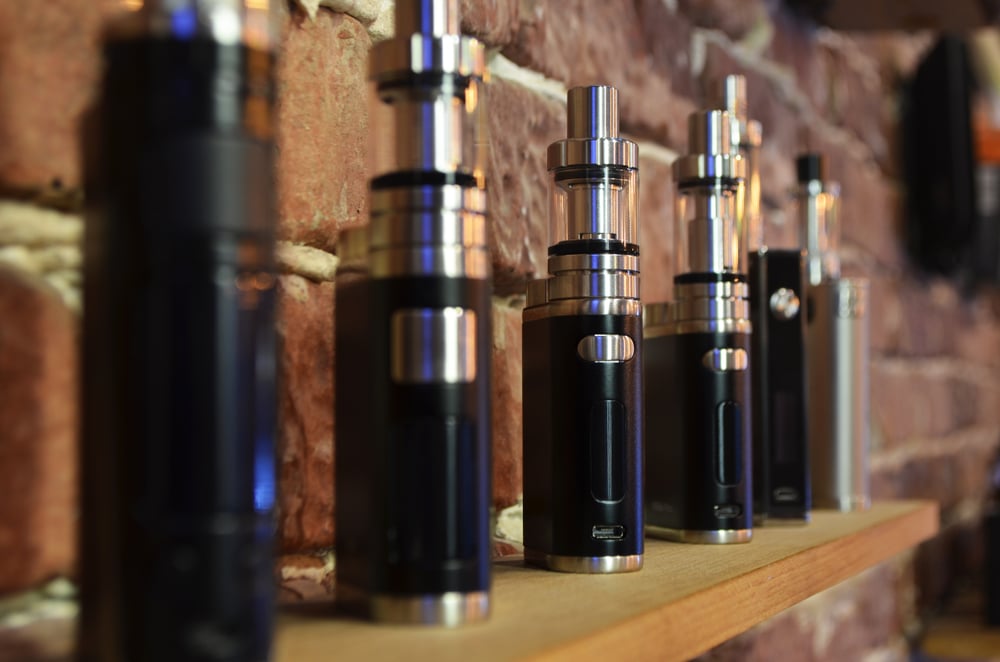 3) Some States are Taking Preemptive Action

States like Washington and Oregon have temporarily banned flavored vape products. Other states are doing the same, and a nationwide ban on fruity vape flavored products is expected to be imminent.

This is due in part to the current health scare and uncertainty around vaping. It certainly has forced some to take notice and action. However, these bans are also driven by a concerning rise in teenage vaping and as of now there is no reason to believe that vape flavoring creates any adverse effects.

4) We Do Not Know the Long-Term Effects of Vaping

Vaping is a recent phenomenon. The simple truth is that we don’t know what the long-term effects of vaping might be. Only years of scientific study can provide a clear picture. However, there are strong reasons to believe that vaping is a healthier alternative to smoking.

Nicotine vapes do not contain tobacco — which creates more than 7,000 chemicals (70 of which cause cancer) — when burned. Cannabis also releases carcinogens when burned, as any plant does. Many health experts still consider vaping to be a safer alternative, due to the fact that there is no combustion. A recent study showed that vaping whole-leaf cannabis improved lung conditions in patients who traditionally smoked it.

While the long-term effects of vaping are unknown, edibles and tinctures present a safer alternative.

These mints are an excellent microdosing option, containing just 2.5 MG of THC per mint. They contain a blend of CA grown cannabis, green tea matcha, and peppermint extract, delivering a refreshing peppermint taste with light notes of Tahitian vanilla.

Creating an account is easy, free, and safe in our HIPAA compliant platform. Visit with a doctor from the comfort of your home or on the go using your cell phone or computer.  No appointment is necessary. If the physician thinks cannabis is right for your health and wellness goals, they will discuss treatment options and will grant you a downloadable certification document. Heally’s Telehealth platform currently serves California, Connecticut, Florida, Maryland, Massachusetts, New York, and Ohio with medical recommendations. Please note there’s no charge if the doctor doesn’t believe the video visit meets her or his standard of care.