Home The New Cannibinoid on the Block: THCV and Its Link to Insulin
DDiabetes

The New Cannibinoid on the Block: THCV and Its Link to Insulin

To date, scientists have identified more than 100 different cannabinoids. So far, THC and CBD have been dominating medical research, but interest in other cannabinoids is spreading. One that’s been cropping up on the radar is tetrahydrocannabivarin or THCV.

Dubbed the “sports car of cannabinoids,” THCV has been showing what it can do in laboratory testing. One of the most interesting results so far has been its effect on insulin.

More recent research sheds light on this. Even though THC can give someone the munchies, cannabis users have smaller waist circumferences and lower BMIs. Some studies suggest cannabinoids change the way the body processes carbohydrates.

That, in turn, is linked to how cannabinoids affect insulin. Insulin allows organs and other types of tissue to absorb glucose from the blood. In this way, insulin controls blood sugar levels.

One study used National Health and Nutrition Examination Survey data to show cannabis users have a different insulin profiles. Their insulin resistance was 17 percent lower on average. They also had lower fasting insulin levels. High fasting insulin levels are an indicator of pre-diabetes and diabetes.

Not surprisingly, cannabis users also tend to have lower rates of diabetes. Cannabis may help people manage their weight. People who use cannabis three times a week are less likely to be obese. 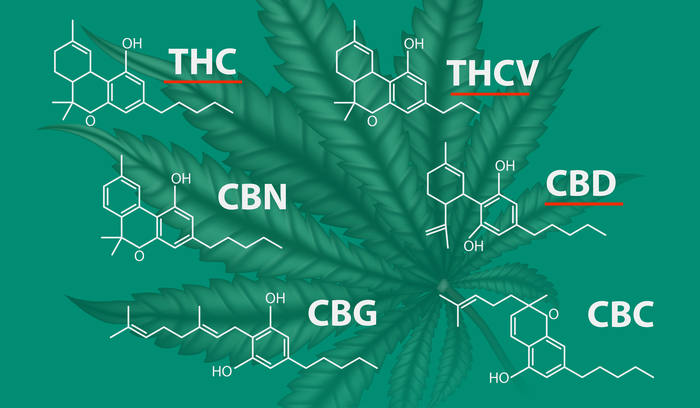 Some studies suggest CBD can decrease insulin resistance. It’s not necessarily better than a placebo. THCV, on the other hand, dramatically decreased fasting blood sugar levels.

Some believe THCV can act as an appetite suppressant.

What Else Can THCV Do?

The research community is branching out and examining more cannabinoids. More research in this area will show what other effects THCV has regarding human health.

THCV is an analog of THC. It shares many similarities with THC, but it has fewer carbon atoms. It can also create a powerful high, like THC, but without effects like “the munchies.”

Some studies have shown that the effects of THCV are dose-dependent. While it acts like its cousin THC in high doses, THCV mimics CBD in lower doses.

When taken in high doses, THCV produces a different “high” than THC. While THC might put someone to sleep, THCV’s “buzz” is described as clear-headed and stimulating. People reported feeling energized. This lines up with the mice studies, in which energy output increased when the mice were given THCV.

There’s also evidence that THCV, like CBD, could help manage the symptoms of several health conditions. It improves tremors and motor control problems associated with Parkinson’s disease and similar conditions.

Other research indicates it might have anti-inflammatory effects. It may even be able to stimulate the growth of bone cells, which could make it important for bone health.

Using THCV as part of a holistic approach to protecting health is a good idea. For someone concerned about diabetes, a preventative health program might include maintaining healthy body weight, eating a healthy diet, and exercising. Someone concerned about their bone health might follow a similar plan. THCV can be added to either plan.

The right minerals and vitamins, along with supplements and herbs, can also help in many ways:

Cinnamon, ginseng, and aloe vera have all been shown to have positive effects on blood sugar.

Where to Get THCV

Full-spectrum CBD products include everything the hemp plant has to offer, like THCV.

This full-spectrum oil includes all the goodness of the hemp plant, plus peppermint and ginger to increase effectiveness. Organically grown and double third-party tested, this concentrated oil is a top choice.

For those who want to target skin or achy joints, this full-spectrum hemp balm could help. Blended with lavender and eucalyptus oils, this balm brings potent relief to target areas.

Hailing from South Africa, Durban Poison is a popular strain for many reasons. Its high THCV content is just one of its many advantages. This vape cartridge makes it simple to get fast-acting assistance from THCV and the other cannabinoids.

Popular Jack Herer is crossed with Skunk #1 to create this energetic strain. It’s great for daytime use, as it helps people focus and tap into their creativity. This is likely due to this flower inheriting the high THCV content from parent Skunk #1.

Try some other high THCV Strains.

THCV Could Be a Good Fit

As more research emerges, THCV will likely prove its effectiveness in supporting good health. For those concerned about blood sugar, weight management, or even bone health, THCV could be part of a healthy lifestyle. Talk to a doctor and discover what THCV and other cannabinoids can do.

Smoothing out the Aging Process: Collagen and Anti-Aging